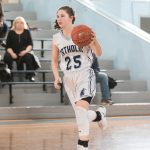 After a victory over the Wahama White Falcons, the focus for the girls now shifts to the rival Williamstown Yellowjackets (19-5). The Sectional Championship matchup will be the third between the two schools, a series in which the Crusaderettes have owned, winning the previous games by scores of 61-46 and 80-55. A PCHS victory would 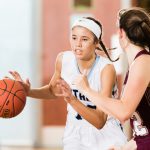 *If a change is made, we will update. Tonight will mark the beginning of the Crusaderette basketball postseason campaign, as they are the #1 seed in the Region IV Section 1 tournament. With the #1 overall seed, PCHS has earned a first round bye and will immediately advance to the Sectional Semifinal, and play host 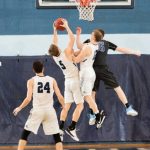 Friday night proved to be a grind for the boys basketball team as they won a defensive battle against the Ravenswood Red Devils (4-14), closing out a 50-43 victory. This was the lowest point total the Crusaders have put together this season, and is the first time they have been held under 60 points since 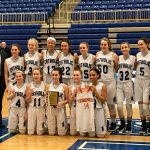 On Saturday night, the Parkersburg Catholic Crusaderettes (17-1) claimed the LKC Girls Basketball Championship, defeating the Gilmer County Titans 71-37. The conference champion Crusaderettes captured their second straight LKC title, just one milestone on their way to another historic season. Tonight, the Crusaderettes return to action against the Charleston Catholic Irish (6-15), and will take 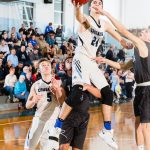 The Parkersburg Catholic Crusaders (12-5) look to continue riding a winning streak through the back-end of their schedule. Following a home loss to Wheeling Central a mere three weeks ago, the Crusaders found themselves hovering over .500 as they faced down the rest of their schedule. Since, PCHS has not lost a game, winning six 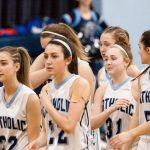 On Saturday evening the PCHS Girls Basketball team will travel to Glenville to take on the Gilmer County Titans (10-6) in the Little Kanawha Conference Championship. The Titans enter the game as the 2-seed in the LKC, facing the Crusderettes (16-1) only once prior, a 63-32 win for Catholic. PCHS will look to defend their 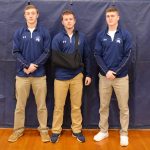 Tonight marks Senior Night for the Crusaders, as seniors Aidan Stotts, Ty Sturm, and Cade Ullman will take the home floor for the last time in a PCHS uniform. Joining the boys, cheerleaders Hannah Cunningham and Kamaria Robinson will be cheering for their final game after years on the sideline. Matt Stuckert will play in 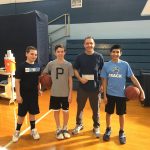 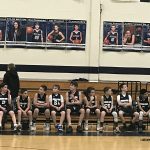 Boys Middle School Basketball · Feb 4 Getting our legs back 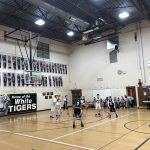