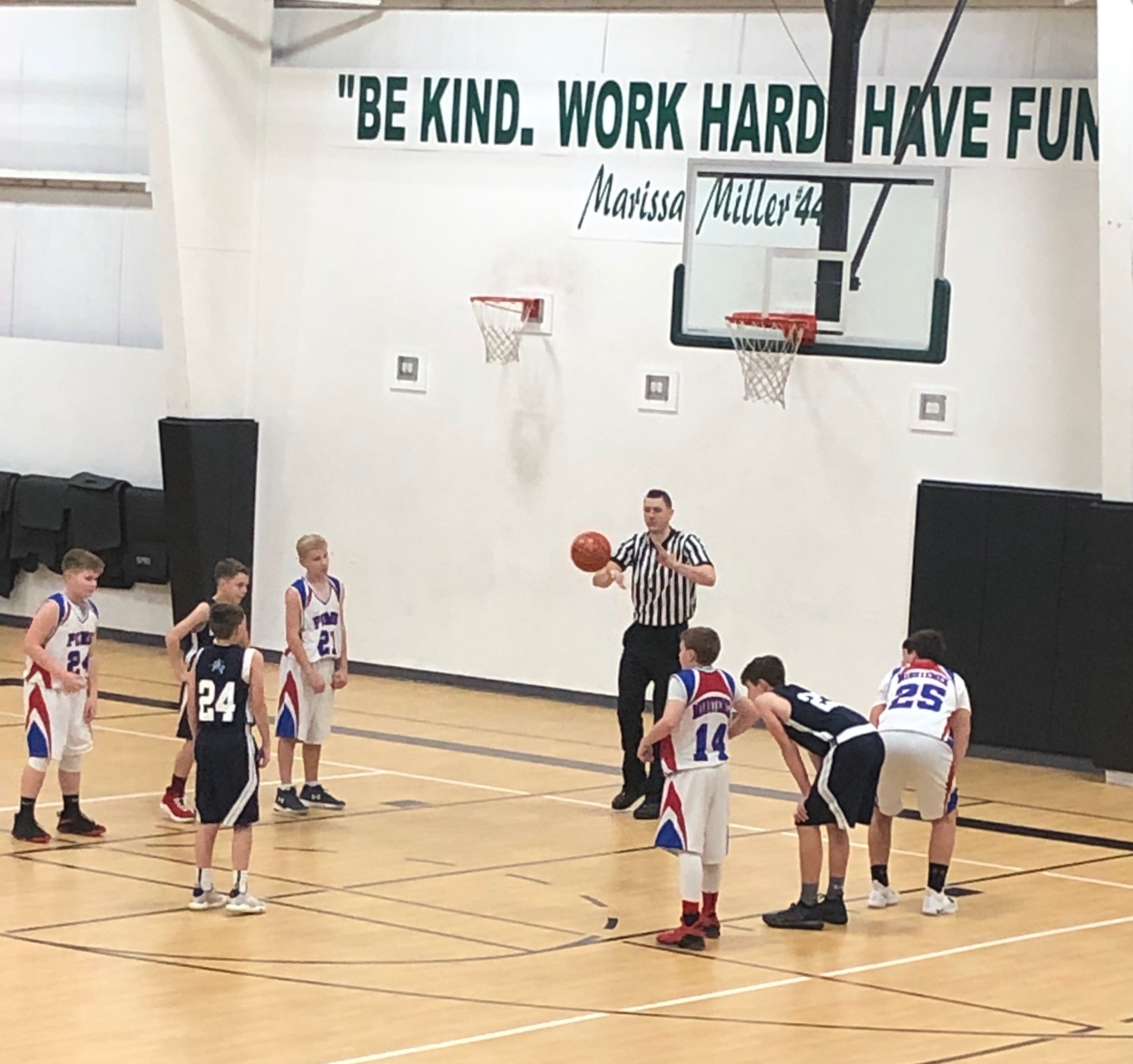 The Middle School Boys we’re back in action early this morning for a 10am tip for their final game of the Marissa Miller Showcase by the Elite Sports Center and showed the effects of a early start and coming off a game yesterday. Only being able to muster up 4 points in the first quarter and the lackadaisical defense the lead grew to 9 at the end of the first period.

The second quarter they woke up in every way imaginable. The defense was working as the end result was stops and buckets as they climbed all the way back to take a three point lead going into halftime. When asked about the second quarter Coach Fleming said, “The second quarter is what we have to learn to play like for 24 minutes a game no matter what 5 players are on the floor. Until we do that we will have highs and lows against the good teams. It’s something we have to believe in and we expect moving forward.”

With a three point lead starting the second half the Crusaders came out flat, just how the game started. Another 4 point quarter and lead change occurred by the time expired as they headed to the fourth quarter.

The fourth went much like the second with effort and energy being at 100% the whole time. The calm, cool, collectivness in the final minutes propelled this team to stay steady on defense and come away with a 5 point victory against a good Pleasant County team.

Leading the way for the Crusaders was Blake Lewis with 27 points and Carter McMinn with 8 points. They will be back in action on January 9th at Warren for a 5:30pm start.