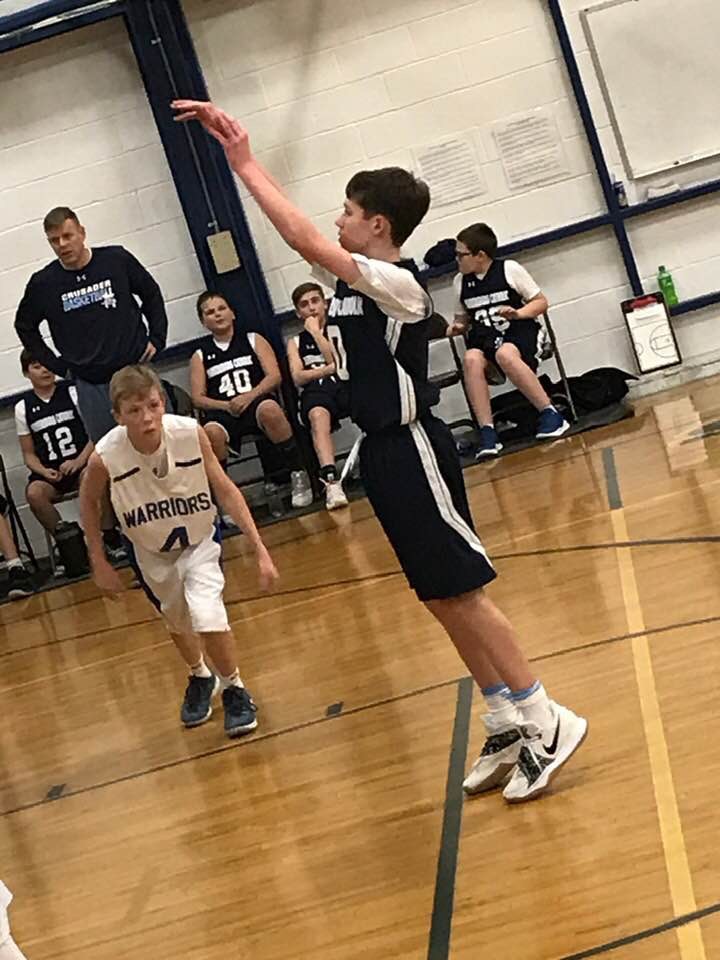 The middle school boys got back to action yesterday with a double header vs Warren Middle School. First with a 8th grade game then followed by a 6th/7th grade game.

The first game started slow after a bit of a lay off for the middle school boys. Lots of pressure defense applied by the big Warren team in a small gym provided to be a issue for the Crusaders. They struggled with keeping possession and executing a offense and the problems continued for much of the game.

The fourth quarter they woke up and figured it out coming away with a 15-8 win in the final period.

Leading the way for the Crusaders was Carter McMinn with 12 points.

Soon after that game the 6th/7th graders tipped off ina high paced first half. The young guys showed some signs of life and the energy was much better. Even though the buckets weren’t falling the team kept working hard and had many bright spots throughout the game.

Luc Chazalet scores his first bucket of the season then added a foul shot for a little sauce on the night.

Nothing summed the night up better than enthusiastic 6th Grader Noah Rice asking if we could play a third game. Leading the way for the second group was Landon Dodrill with 6 points along with 6th Grader Carter McMinn who had 6 also.

The group is back in action to kick off a triple header at Williamstown Friday evening with a 4:30 tip. Get out and support all the Crusaders, Go Blue!